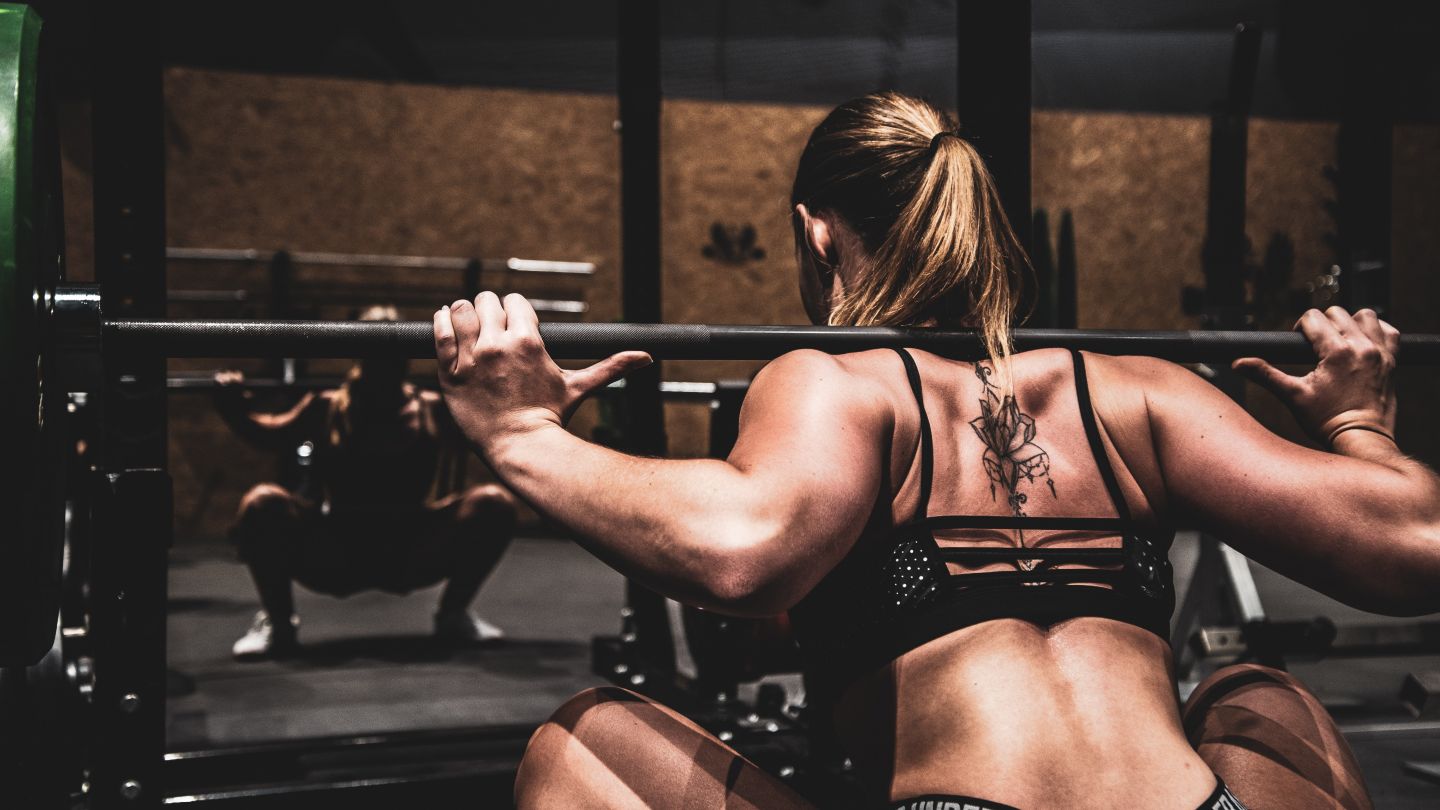 More power during a workout

For many years, various products have been tested by exercise physiologists, performance coaches, and of course by the athletes themselves, in order to work towards optimal performance. This usually involves looking at products that ensure more power and products that make sure athletes remain that extra power during training or during competition. It also involves testing products that produce more energy and therefore also more endurance, especially for endurance training.

There are countless pre-workout products on the market. These are (unfortunately) often quite unhealthy and have a negative effect on the body. It goes without saying that this category (the unhealthy pre-workouts) will definitely get in the way of good performance and should therefore be avoided. There are of course many athletes aware of these unhealthy ingredients and these athletes made the shift from unhealthy pre-workouts or pills to high-quality shakes, drinks, tablets, or capsules. A common problem is that these products are absorbed into the body via the gastrointestinal tract and are therefore often difficult to dose and the effect takes way longer. Athletes often find it a problem to take shakes just before training and/or competition as this often makes them feel full, something you want to avoid just before a training or an important game. It is also unclear when you should take certain products. A pre-workout for example, when do you get the full effect of a pre-workout? It is often unclear and depends on many factors such as your metabolism, how fast you drink them and how much/little you have eaten that day. The speed at which a pre-workout shake or caffeine pill works, therefore, differs per day. A product type that is not yet widely known but does not suffer from these problems is energy gum. Energy Gum is extremely suitable as a pre-workout as it is easy to dose and fast-acting, the effects are often noticeable within 10 minutes. For example, per energy gum, you know exactly how much caffeine you are taking and since it enters the body via the oral mucosa, you will also feel the effects much faster. As said before, this is often already achieved after only 5-10 minutes of chewing.

In Europe, the product energy gum, also called caffeine chewing gum by some, is gradually becoming more known. Yet it turns out to be quite difficult to explain what energy gum exactly is.

If we look at how energy gum is listed on Wikipedia, we come across the following, vague, description:

“An energy chewing gum or energy gum is a type of chewing gum that can have a stimulating effect on people. Energy gum contains a certain amount of caffeine and a number of other ingredients, which have a positive effect on physical and mental performance.”

What exactly is Energy Gum?

Energy Gum is a caffeinated chewing gum that originated in the United States where it was originally developed for the military. The link between chewing and cognitive benefits was well known, but the link with caffeine benefits and what effect caffeine might have on the body had never been made until 1998.

In that year, the breakthrough came, with physiological researcher Gary Kamimori as lead, through several studies at the Walter Reed Army Institute of Research in Maryland. In a pivotal study, he found that caffeine helped soldiers to be more alert, focussed, and exert greater effort, but also stay awake for up to 68 hours, making the average soldier particularly "effective for combat." A reported problem, however, was the time lag between the acute energy and strength requirement and the actual extra strength and energy experienced by the soldiers. The ingested drugs were absorbed through the gastrointestinal tract, which took at least about 20-30 minutes. With the recruitment of the famous chewing gum scientist Ron Ream (from Wrigley's) by the military, in combination with the budget available, the first functional chewing gum with a high dose of caffeine was finally developed in 1999. Because the active substances were absorbed through the oral mucosa, the time span was suddenly shortened to approximately 5 minutes, which was acceptable in war situations.

The difference in Energy Gum

To actually experience a performance-enhancing effect, such as extra strength, extra focus, and faster muscle recovery, an energy gum must contain a dose of caffeine of at least 62-64 mg. GRIZZ Energy Gum contains a high dose of 80 mg caffeine per energy gum, supplemented with another 20 mg taurine and 20 mg guarana. This is a total of 120 mg of active energy ingredients PER PIECE, 840 mg per 4-pack. All-natural, active energy substances that lead to better performance. There are several energy gums on the market that position themselves as energy gums but only contain between 12.5 mg and 40/50 mg of active substances, which is far too little to have any effect.

GRIZZ Energy Gum has the best price-quality ratio, which is a bonus for daily use. After all, you pay for the active ingredients and not for luxurious packaging and/or expensive marketing campaigns.

Thanks to our patented production process, we are able to produce the energy gum in a pleasant, normal size. We do this to make it as pleasant as possible for our users. You're looking for a sugar-free energy boost, not a facial workout. Made in Europe!

Not every user is enthusiastic about the original taste of caffeine as it is quite bitter, something that is often disguised by the addition of sugar or strong sweeteners (which in turn can be a major burden on the body). The use of sweeteners such as Aspartame and Acesulfame-K should absolutely be avoided as the burden on the kidneys, liver, and nervous system is enormous and therefore hinders good performance and body strength (1). GRIZZ Energy Gum was able to, due to our patented production process, use only 2 sweeteners that have no negative effect on the body. The fresh mint taste is uplifting and when the slightly herby taste emerges after a few moments, it is clear that the energy-enhancing substances are released, after which the fresh mint taste dominates again and the caffeine, taurine, and guarana have been absorbed through the oral mucosa.

You may not immediately think of the ultimate energy booster when you see a small package of energy gum. The large plastic canisters filled with pre-workout and cans of energy drinks might give you this feeling quicker. However, the ingredients of energy gum are as effective as a scoop of sugar- and sweetener-filled pre-workout. GRIZZ Energy Gum is filled with active energy substances. Each piece of energy gum contains 120mg of active ingredients. The substances used are caffeine, taurine, and guarana. Each of these substances has an energy-increasing effect and is therefore extremely suitable as a pre-workout for, for example, heavy strength training.

Several top athletes have switched from pre-workouts, energy gels, energy bars, and caffeine pills to GRIZZ Energy Gum. They use it during competitions and training and the results are exceptional. Trained athletes often indicate that they take 2 energy gums just before a competition so that 240mg of active energy substances enter the body at once, something you can of course also do for heavy strength training. Each piece of GRIZZ Energy Gum contains 80 mg of caffeine, which is equivalent to a can of energy drink or 1½ espresso. Caffeine has many positive effects, such as activating areas in the brain and nervous system, giving you extra focus, concentration, alertness, and reaction time. In many sports, an important part of the performance, just think of a goalkeeper in sports such as football, but also in the case of strength athletes as preparation for a heavy lift. Caffeine also reduces fatigue by blocking receptors for adenosine (a neurotransmitter that can make you tired and sleepy). The body's regeneration process is shorter because caffeine ensures that the carbohydrates in the body are stored as glycogen more quickly. Glycogen is the fuel for your muscles. Your muscles need glycogen to perform and recover. Caffeine, therefore, accelerates this process, so that you eventually get more power to perform faster. A study in the acclaimed Journal of Sports Medicine and Physical Fitness showed that consuming caffeine before the bench press resulted in 3 extra reps.

Guarana is increasingly in the interest of top athletes. It comes from the seeds of the Guarana plant (Paullinia Cupana) and offers interesting benefits (2). These seeds of the Guarana plant contain a lot of caffeine, protein, and carbohydrates. The dose of caffeine extracted from the seed is between 3-8% which is more than a coffee bean. Theobromine in guarana is also an important source of energy. Theobromine causes the heart muscle to widen, which widens your blood vessels and allows more oxygen to be pumped around.

The extra energy from guarana is released more evenly compared to caffeine, so that the effect lasts longer, which is especially important in endurance sports.

The third basic ingredient of GRIZZ Energy Gum is the semi-essential amino acid taurine. Taurine is high in sulfur, which is important for a number of physiological functions of the body, including endurance and extra power (3). Every human body naturally produces taurine, but it benefits even more from getting it from food. A 2018 study showed an improvement in endurance training performance after using only a minimal dose of taurine. This means that athletes can benefit from it, both for bodybuilders and endurance athletes it can have a positive effect on their training.

Taurine can also improve the recovery of the body, which indirectly provides more strength during your next workout. It is a strong antioxidant in the body and can prevent damage and muscle stress during a workout, but also speed up muscle recovery after a workout. Furthermore, taurine plays an important role in vision, motor skills, muscle contractions, heart rhythm (a lowered taurine status in the body would increase the risk of cardiac arrhythmias), and blood pressure. Is energy gum only an energy booster? No, energy Gum is more than that. Energy gum provides better concentration and improved focus (4), extra strength, more endurance, and increases calorie burning and blood flow. It aids in muscle recovery and reduces muscle soreness. In addition, it improves your reaction time, alertness, and memory function.

A well-known Dutch athlete and recently GRIZZ Energy Gum ambassador has been using GRIZZ Energy Gum for some time during his training and competitions and concludes that it is a practical product due to the fact that he can take it just before he has to perform (5). It is easy to dose and the effect is felt quickly. As an athletics athlete, he takes the energy gum just before the competition, in the so-called “call-room”. Easy to plan as he knows well when the product will do its work and without having to use the toilet due to diuretic effects or a full and unpleasant feeling in his stomach. For him, the qualities of concentration at the start, the power, and speed it supports, as well as focus on the finish line, are essential. In some elite sports conditions, it can be useful to take two gums just before the performance to make the energy boost even stronger, which then consists of 160 mg caffeine, 40 mg guarana, and another 40 mg taurine, 240 mg active energy substances entering the body at once. All this must of course be put into perspective in relation to the physique, gender, and the performance to be done (short and powerful or endurance sports). It should also be noted that studies show that both male and female athletes benefit from a caffeine-containing supplement, but the effect is stronger in men than in women (6).

Have you become curious after reading this blog and do you want to try GRIZZ Energy Gum as a pre-workout yourself? Order your fresh, fast-acting, intensive, and long-lasting energy boost now in our webshop! FRESH, FOCUS, FIT & FUN! Get the most out of yourself and your life!

Quick, easy and packed with energy!