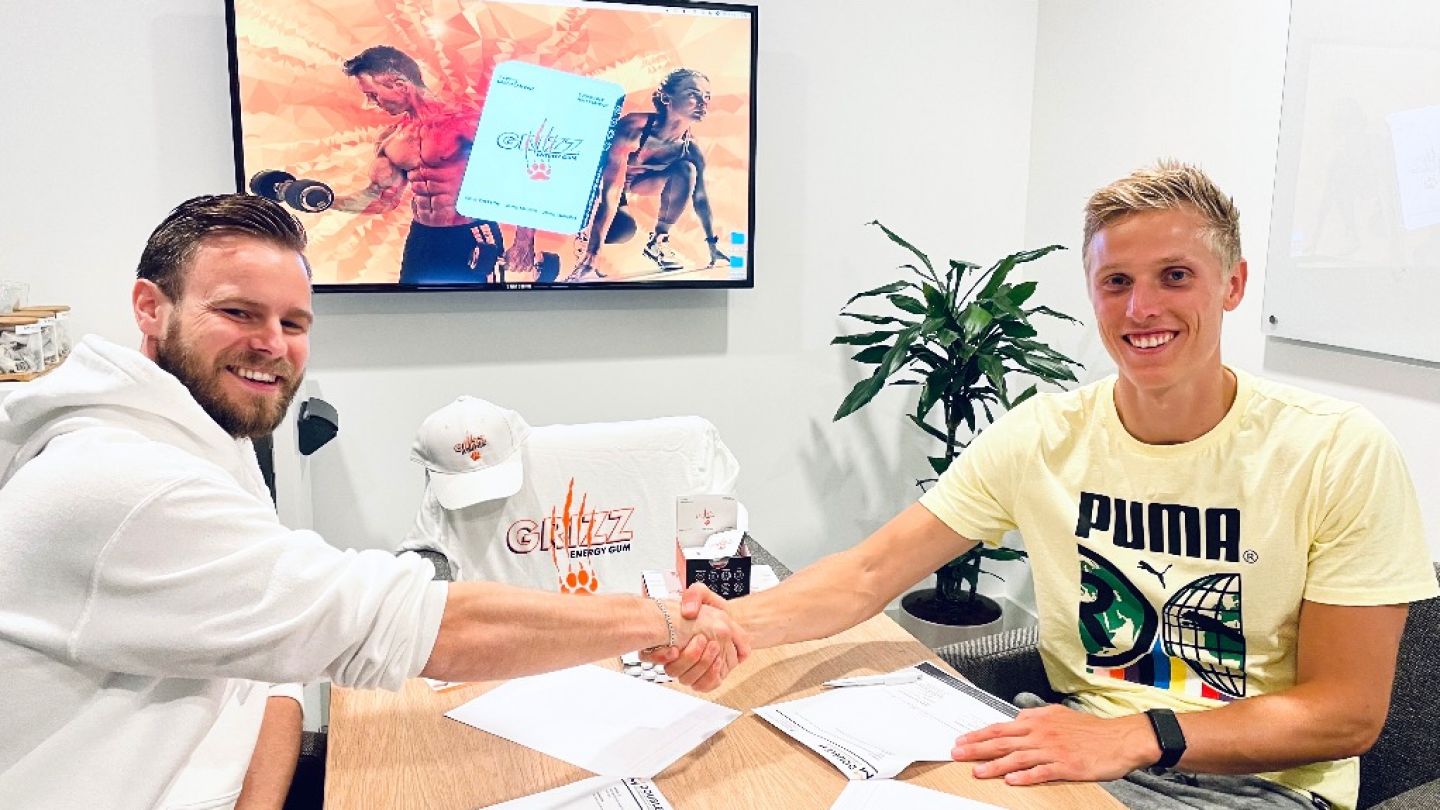 "Get the most out of yourself and your life."

This saying is highly valued at GRIZZ Energy Gum. As a company, we enjoy every moment but are always looking for more. The goal is to be an iconic brand that is trusted and recognized by people all over the world. The link between energy gum and professional sports is easy to find. Professional athletes are always looking for more. As a top athlete, every little detail counts, and this can be the difference between winning and losing.

A few weeks ago we came into contact with 12-time Dutch champion and multiple international (European and World) hurdles finalist Koen Smet. The click between Koen and GRIZZ Energy Gum was quickly found, which eventually led to Koen recently acting as an ambassador of our brand. We are happy with the trust of this top athlete and are happy that we can support Koen with our high-quality, functional, sugar and fat-free, energy gum. Concentration and alertness at the start, full focus on the hurdles to take, and the muscles prepared to immediately deliver strength and speed to complete the trajectory as quickly as possible

Koen Smet is a Dutch top athlete from Amsterdam who specializes in hurdling. After having already won several national titles in this discipline in the juniors, he became champion in the seniors for the first time in 2012.

Koen won his first Dutch title in 2012, eventually, eleven more will be added. The 12-time Dutch champion has had a note above his bed with his goal and a big dream since he was ten years old.  Participating at the highest level: the Olympic Games!

He narrowly missed the Olympic Games in Tokyo due to force majeure. Nevertheless, the motivation to continue until the 2024 Paris Olympics is now greater than ever and every effort will be made to achieve this goal.

Koen trains in the inspiring sports environment of the Olympic Stadium in Amsterdam, where, coincidentally or not, the GRIZZ Energy Gum HQ is also located. Here two worlds come together that can reinforce each other and contribute to a successful collaboration towards that other Olympic Stadium, in Paris.

Other well-known top athletes, such as Suzanne Schulting of the Dutch national short track team, but also golfer Tiger Woods, have already discovered the benefits of an energy gum and this means that this product is increasingly entering the (professional) sports world.

Koen Smet has now also joined the staff of the football association AFC Ajax from Amsterdam where he will exercise the role of Performance Coach to transfer his knowledge to young talents in particular and guide them to become even fitter and mentally resilient footballers. Koen's ultimate top sports mentality will undoubtedly motivate these youth players to get the best out of themselves and make them realize that training hard, but especially smart, leads to success. Koen, like every professional athlete, uses different supplements and has also clearly felt the different effects of all these supplements. Dosage and timing are often key and this proves difficult when using supplements. There are a number of features to assign to the product energy gum that can provide athletes with a great advantage over traditional caffeine products such as caffeine powders, shakes, or caffeine pills. These are of course already widely used in the field of pre-workout products, especially in the case of strength training, but also certainly in the field of reducing fatigue and muscle pain afterward, which is crucial for athletes to recover and be ready for the next one. competition or training.

However, it turns out to be difficult to dose the effect and especially the time that the caffeine product should be active since these are products that are absorbed via the gastrointestinal tract and this is highly dependent on the physique, digestive process plus dosage. This takes on average a time between 25 and 45 minutes, something that can be reduced to 5 to 10 minutes max with an energy gum, which makes optimal timing a lot easier. This is caused by the fact that the absorption of an energy gum goes through the mucous membranes in the mouth. GRIZZ Energy Gum has the additional advantage that the composition of the active substances is balanced. Meaning that a good, even release and absorption by the body is achieved so that the full layer is not given in one go but can be used for longer. In sports where, for example, a number of races are completed in succession at short intervals, it may be advisable to achieve the optimization with several energy gums (often 2) so that the athlete enjoys the benefits of the energy boost (as well as concentration and alertness) before each race.

There has been a trend for a number of years towards energy drinks and their use by young people who often mirror athletes in various sports. There is increasing awareness that these types of drinks generally contain a lot of sugar so that after drinking and digesting them, a sugar dip often occurs, but tooth decay is also a concern. (1)

The opposite situation is the case with GRIZZ Energy Gum, there is absolutely no sugar in the product, as well as all kinds of harmful artificial sweeteners, but it does contain the ingredient Xylitol. This even helps prevent tooth decay, creating a combination of benefits in the areas of energy boost, endurance, muscle recovery, focus, concentration, and alertness. If you add the price per dosage, this product will be used by more athletes in the coming years, whereby conscious athletes such as Koen Smet have fulfilled a kind of pioneering role.

If there are any questions about ingredients or how the GRIZZ Energy Gum works, they can of course always be explained and Koen Smet will also regularly share his expertise in this area with other athletes or interested parties.

Will Energy Gum be a better student buddy than Ritalin?